It’s been ages since the World Famous Super Model Thumbnail™ has made an appearance on this page. Sally Hansen Complete Salon Manicure in Right Red Fred {RRP€8.95} is warm red, and that is the brand’s vaunted one coat > meaning, one coat will get you salon coverage. Perfect for us lazy arses who are bad at polishing their nails.

Rimmel London Moisture Renew Lipstick in As You Want Victoria {€6.49} is purely luscious. It feels as soft as a balm, but the pigment! Not what you’d expect from something stuffed full of moisturising vitamins. It isn’t the absolute best for long-wearingness, but blot a couple of times and reapply and you’ll get some mileage out of it. 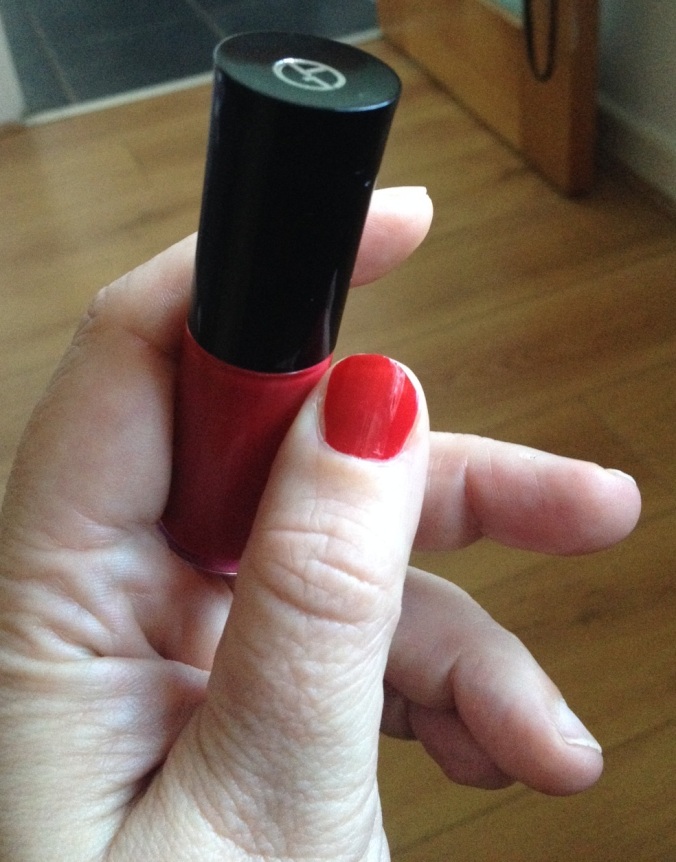 And here she is again! Giorgio Armani Nail Lacquer in Four Hundred {€24} is a one coat application as well, and a bluer red, which I tend towards. It is so shiny, you’ll be tempted to eschew a top coat; do use one, if only to make it last even longer. 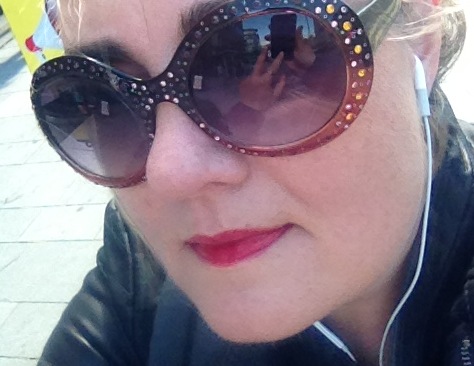 I have been going-to my L’Oreal Paris GlamShine Stain Splash in Juliet {€12.29} since I got it, and it may be the first lippy installment in I Used It All Up. As shiny as gloss, as light and yet not nearly as drying as stain, this is a spectacular red, and the look will last through hours of talking and drinking. I did quite selflessly put that to the test — anything for you lot. 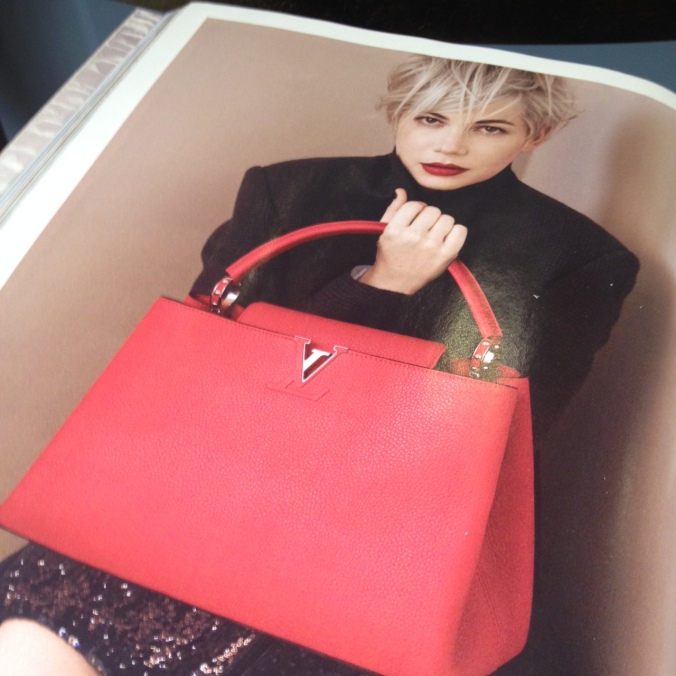 There is a smaller version of the latest It bag, Louis Vuitton Capucine {£3,250*} that does not look as if Michelle Williams could fit her entire self in it, with room to spare for her keys and cell phone. This snap of the page of Vogue is likely as close as I’m going to get to this, but oh! The silhouette! The brazen redness of it! I die.

‘Why is everyone staring at me?’ I wondered grouchily — then I looked down. I had forgotten I was walkin’ around in my FitFlop Super T Sneaker in Flame {£34.99 via clogg.co.uk}. Red shoes make peeps very starey! {These are, in fairness, very much an orangey red…} I had a pair of red patent leather Doc Martins that inspired New York drivers to shout ‘Nice shoes!’ out their windows as they passed.

I got these in a larger size than my usual, as my previous pair of Super Ts still has not broken in properly. I am not super mad, as it’s not really that FitFloppy in terms of support, not old school FitFlop, in any case. Still, it gives good sole, and had I bought the Gogh Moc Snake clogs in Snake Jam (red) instead of Choclate (self explanatory), they’d be featured here to much greater acclaim. Nice wedgy sole, great to walk in, and they make my ankles look skinny!