TBH, I don’t know that I’ve ever felt like demanding ink-like coverage from a foundation. Yves Saint Laurent seems to think I have, insisting that their new innovation is the result of such a demand. Ink, like tats? I don’t know… I put off trying this just because I couldn’t imagine. Ink.

Well. Maybe paint is more like it. I wouldn’t mind the richness of Windsor Newton on my gob, minus the oil. I think maybe it’s the airbrush effect they’re talking about? Anyway, I finally cracked open my sample of Le Teint Encre de Peau — or Fusion Ink Foundation — and was stupid with happiness from the first touch of it on my face.

There are 21 shades in the complete palette, but only (only!) 16 to choose from in Ireland*; there’s a doe-foot applicator attached to the cap, which will get you going, but I went back over my face lightly a second time with a foundation brush. The eyes aren’t as sleepy as they ought to be, at the time of the morning these no-filter selfies were taken — I was so delighted with the result, it was better for my awake-ness than two cups coffee. 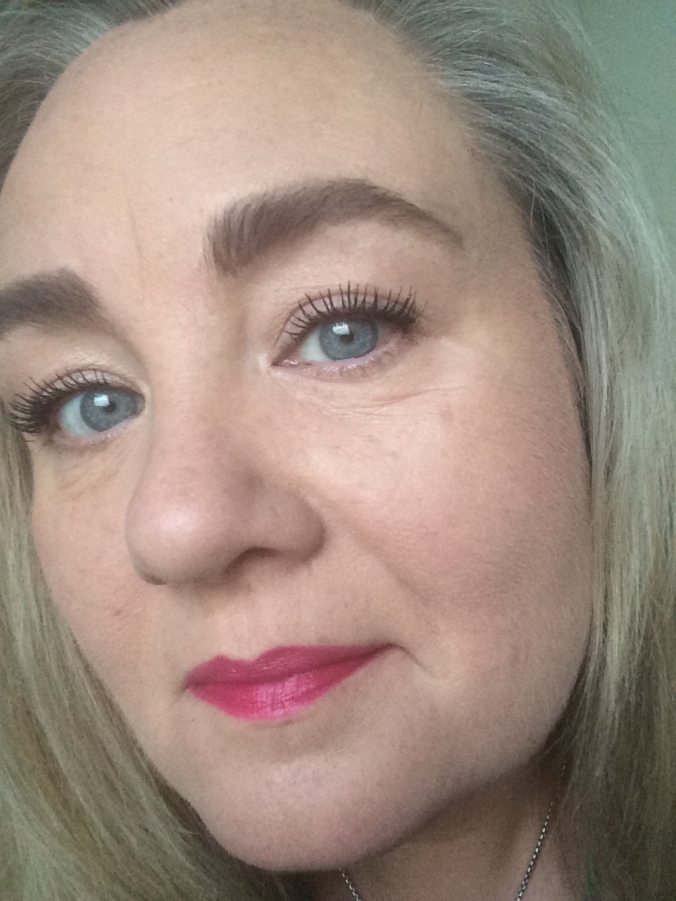 The thing that this does: when it dries, it doesn’t get that cakey look that some foundations unfortunately do. It looks coherent and smooth, yet nuanced — meaning that your face looks all one tone, without looking flat.

I’ve never use the words ‘coherent’ and ‘nuanced’ in a beauty review, ever. I am inspired to flights of fancy and creativity by this stuff.

Most importantly: later in the day, it pretty much looked the way it looked when I’d first put it on. Now, my world is not hermetically sealed. I don’t go from taxi to wherever to taxi to home, shuttled around like a hothouse flower. I walk, I take public transport, I move around, exposed to the elements. This was as close to element-proof as I’ve come across.

In fact, the other day for old times sake, I used what once was my go-to foundation, and I think it’s been replaced. The difference between the state of my complexion at the end of the day was stunning. Old Fave had gone all greasy and shiny; New Fave had a tiny bit of shine, but was predominately as matte as the moment it was applied.

I’m not saying that you won’t need to take some shine off at some stage during the day, if your day is a long one — you probs will. The thing is, you won’t be doing excessive damage control: I found the usual T-bar area (forehead and nose) needed an auld blot, but otherwise? It stayed true to its first impression — and that is truly impressive.

* That’s the impression I get from t’internet: there are 21 in Amurrica, probs due to a greater range in skin tones than we have here.