Hearting is down to shine: I do like a good shine on the lips. This used to manifest itself in a very Jersey frost; I am not ashamed, and indeed, tend to seek out a nice, silvery-pink on occasion. This pink, though — as ever in Giorgio Armani-land, rather soullessly designated as 520 — is pure, pretty shiny shine. 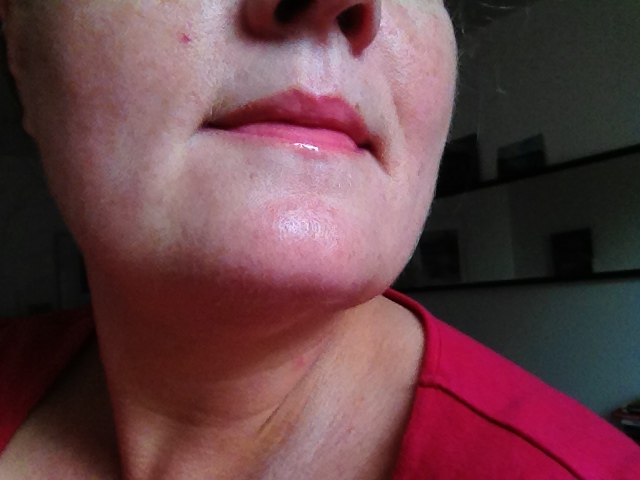 And in less moody lighting: 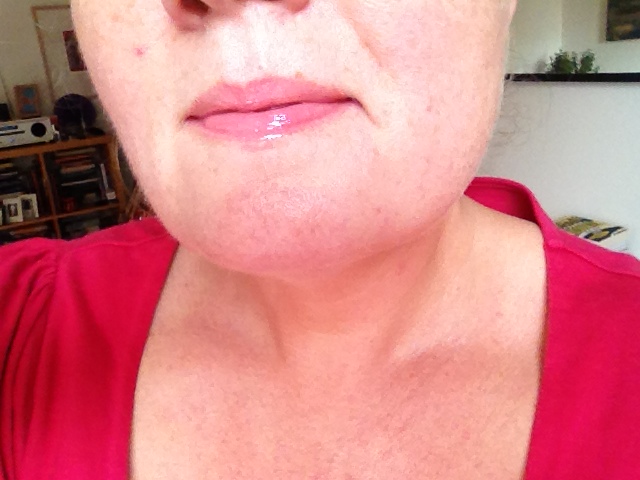 The photos are getting weirder and weirder over here — but I think this shows the gloss to great effect. {I was sick of seeing my schnozz take up, like, the whole feckin’ frame.}

I have a love/hate relaysh with the clicky-closure on this yoke. Sometimes, it just doesn’t seem to *snap* into place the way it ought. I then get paranoid about it and fall into an OCD rabbit hole, making sure it’s shut. Hmmm, that may be TMI. But be aware — it would be a darned shame to spend €25.50/£23.50/$29 on a gloss that ended up smeared all over your hairbrush. Ick.

Coverage is comprehensive, it doesn’t feel sticky, it stayed well put, and it doesn’t have a fragrance, which makes a nice change. 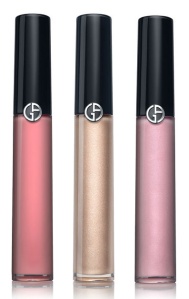 Seriously, though, Giorgio, do better with these names — hey! Maybe I’ll just give it a go!

Hmmm, this is harder than I thought. Well, I dub the centre gloss Effervescence because: Champagne. Oh, okay, and the last can be Sophisticate. Ha! I had already done this work, above!

Stuck on the auld 520, which is starting to sound plausible in all its numerical splendour. Blush, maybe? Eh, that doesn’t embody the prettiness, and the pinkness, though. Psychedelic Furry? {I know who’ll get that…} I’m going to go with Lustre, and feel dissatisfied.

Soz, Giorgio, all is forgiven.