Tint Gloss? This means a tint, i.e., lip stain that is also glossy.

I have long wished for a lip product that lasts without extracting every ounce of moisture from the lip.

Oh, I’ve tried them all, and all have involved the application of the colour, and then that of a moisturising top coat, which hydrates for about a second and then you’re left with a colourful, but markedly dry kisser.

They have all claimed to last through drinking, eating, and nucelar holocaust, and: no, not really. You do end up with a nasty ring of colour round your gob, and that’s the thing that lasts for days.

Maybelline aren’t claiming that their 10H Tint Gloss will survive a six-course meal and a few nights in an bomb shelter, but they are promising almost half a day of glossy long-lastingness. 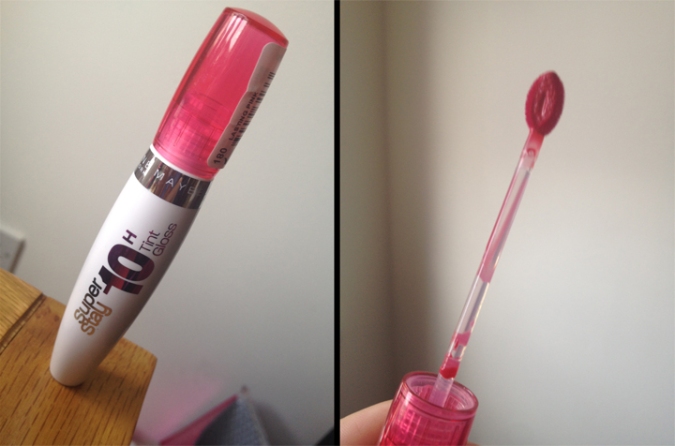 I’ve got a night of eating, drinking, talking and laughing ahead of me, so we’ll give this a go. Pictured here is Lasting Pink, which is actually red, which is fine by me — but if you were wanting pink, I’d say you’d be annoyed. There’s a Forver Fuchsia that may be closer to the mark, but I haven’t got that one to test.

One thought on “On Trial: Maybelline SuperStay 10H Tint Gloss”