Lidl are stocking a new fragrance for men: X-Bolt, which is a satisfyingly macho name, with a bit of a medieval vibe if you pronounce it ‘crossbolt’ rather than ‘x bolt’, in your head? Medieval like, knights on white chargers, not medieval as in: no hot running water. 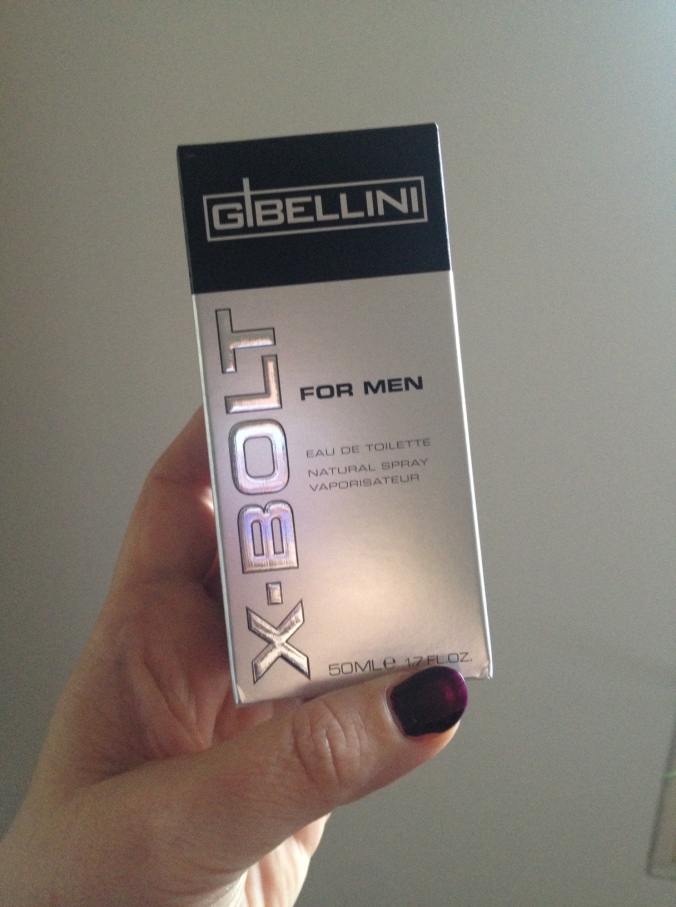 The World Famous Supermodel Thumbnail™ is sporting Pat on the Black by Sally Hansen.

So: ‘G. Bellini’ is not a person, not like David Beckham is a person, or Hugo Boss is a person {Hugo Boss is a — yes, he is, a real person.} In blind tests, however, participants preferred ‘G’s’ eau de toliette over those bearing the names of actual humans.

Does the name matter? I am opposed, in theory, to celebrity fragrances, and designer fragrances are only okay, in my opinion. It’s okay if Chanel make perfumes — I am sure they so relieved to hear it — because… um. I’m not sure. Because their fragrances have been around for a while? What am I even talking about?

It smells clean, and strong, and masculine. I’m not even sure what that last means, because I am tempted to wear it myself. In this case, masculine to me means a man in a crisply laundered and pressed white cotton button-down shirt. And nothing else LOLLLL, no, no, and also: moleskin trousers. In gray or in black. Either one. Barefoot? no, ick, I hate feet. Hmm, not sure about the footwear.

It suffers from the lack of staying power as did Lidl’s feminine fragrance, Madame Glamour, which is not so big an issue on a guy. You just want that first blast of scent, and then it can calm down or disappear — you carry the memory of it with you for the rest of the day.

While supplies last! This is going to walk out of the store on its own if you don’t make a move.